Charles Koonce’s life has been defined primarily through discovery and exploration of different places and ideas. Charles Koonce was born in Washington State. He spent his childhood moving around as a result of his father being in the military. His family settled in St. Louis, MO where Charles went to high school and then joined the US Navy. He spent 6 years in the US Navy, which afforded him the ability to explore many countries, after which he moved to Wichita, KS. It was there that he began a career in the arts. He received his Bachelor of Fine Arts in Sculpture from Wichita State University. While in Wichita, he exhibited frequently, including at the student run gallery, shiftspace, and the Diver Studio. Charles then went to Lubbock, TX where he received his Master of Fine Arts in Sculpture from Texas Tech University.  While there, he was active in the arts showing in many venues around TX. These included Marfa, San Angelo and Wichita Falls. He has also participated in the Texas Sculpture symposium and volunteered for Chinati Weekend at the Chinati Foundation in Marfa, TX. Charles currently resides in Springfield, MO. His current research revolves around the experience of discovery through the theories of quantum mechanics. He creates installations that transform spaces into experiences that reflect concepts in wave theory. 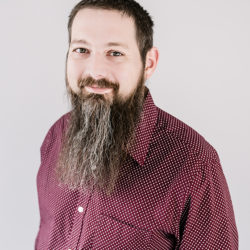